Explore the booming metropolis of Saxony for your next company event! With our unusual ideas for team events in and around Leipzig, you can bring new energy and fresh motivation into your everyday working life. You are guaranteed to find the right options among our diverse team event ideas for the Leipzig region! We’d be happy to tailor to your needs. 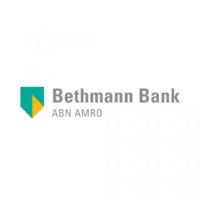 Leipzig is the largest city in the Free State of Saxony and the eighth largest major city in Germany. Together with Halle in Saxony-Anhalt, Leipzig forms the Leipzig-Halle conurbation. In addition, the city is part of the metropolitan region of Central Germany. As a historical trade and economic center, Leipzig today concentrates on the five clusters defined in the economic strategy: automotive and supplier industry, health industry and biotechnology, energy and environmental technology, logistics, and media and creative industries. Due to its dynamic economic and demographic development, Leipzig ranked second in the HWWI/Berenberg city rankings in 2017 and 2019 respectively. As one of Germany’s fastest-growing major cities, Leipzig is also referred to as “Hypezig” as well as “The New Berlin” or “The Better Berlin.” Discover the economic and cultural metropolis with its shopping arcades at our team event ideas for the Leipzig area!

The name Leipzig can be traced back to the first documentary mention in 1015 as “urbs Lipzi”. In Polish and Sorbian, the city is now called “Lipsk”, which means “linden place”. In 1165 Leipzig received the city charter and market privileges. Due to its favorable location at the intersection of the Via Regia and Via Imperii trade routes, Leipzig soon developed into an important commercial center, with book printing and trade playing a special role. The Leipzig Trade Fair also has its origins as early as 1190, making it one of the world’s oldest trade fair locations. The city’s two main churches, St. Nicholas Church and St. Thomas Church, were also built between 1165 and 1222. And Leipzig University, founded in 1409, is one of the oldest universities in Germany. Experience the historical Saxon metropolis with our ideas for team events in Leipzig and the surrounding area!

Leipzig gained international fame in 1989, when the Peaceful Revolution began here on September 4 with the first Monday demonstration, which ultimately brought about the end of the GDR and German reunification. The place of the peace prayers and the starting point of the subsequent Monday demonstrations was the Nikolaikirche, where peace prayers are still held today. Since 2009, every year on 09 October, the Leipzig Light Festival on Augustusplatz commemorates the Monday demonstrations. In addition, the memorial Museum in the “Round Corner” at the seat of the former Stasi district administration offers insights into the history, structure and workings of the Ministry for State Security. At the time of the Monday demonstrations, Leipzig was dubbed “Hero City,” after the fall of communism the city advertised with the slogan “Leipzig Freedom,” and in 2008 it was named a “Place of Diversity” by the German government. Learn more about the history of the GDR and the way to the reunification of Germany at your team event in or around Leipzig!

With the composers Richard Wagner, who was born in Leipzig, as well as Johann Sebastian Bach, Felix Mendelssohn Bartholdy, Edvard Grieg, Albert Lortzing, Gustav Mahler, Erwin Schulhoff and Robert and Clara Schumann, who spent parts of their lives here, the city also looks back on a long musical tradition. Today, a Richard Wagner permanent exhibition by the Leipzig Cultural Foundation, the Bach Archive Leipzig, the Mendelssohn House, the Grieg Meeting Place and the Schumann House commemorate these famous personalities. In addition, the St. Thomas Boys’ Choir, founded in 1212, is one of the four oldest boys’ choirs in Germany and Europe, and the Gewandhaus Orchestra is one of the world’s leading orchestras. And our varied and innovative programs for corporate events in the Leipzig region offer you a wide range of ideas and possibilities to explore the Saxon city of music with lots of fun, good humor and team spirit!

In order to establish itself even more strongly as a city of music, Leipzig has created the Notenspur, a 5.3 km-long city tour along important musical stations. The starting and finishing point is the New Gewandhaus, which is located on Augustusplatz, as are the University of Leipzig, the City-Hochhaus with its viewing platform and the Leipzig Opera House. An ideal route to get to know Leipzig in our curious city rally, the Urban Challenge! And with the 5 km long further city tour Notenbogen, the 8 km long Notenweg through green spaces as well as the 40 km long cycle path Notenrad, there are three more, similarly designed circuits in planning. If you are more in the mood for an Escape Game, we can recommend Escape the City or our counterpart for forests and parks, Escape the Forest. Whether with our Escape Games or one of our numerous other offers and programs for outdoor and indoor company events in the Leipzig area – with our team event ideas, your company event in Leipzig or the surrounding area is guaranteed to be a complete success!

After your inspiring team event in the Leipzig area, you should definitely take a short shopping trip through the beautiful arcades, courtyards and trade fair buildings of the city. From Augustusplatz, your shopping tour will first take you along Grimmaische Straße to Marktplatz, where a weekly market is held twice a week. Across from the arcades of the Old Town Hall is the famous Mädler Passage, the city’s most luxurious shopping mall, with its exclusive glass roof and elaborate interior design. In the immediate vicinity you will also find the Königshaus-Passage, the Messehauspassage and the Messehof-Passage. Afterwards, round off the day in the basement of the Mädler Passage in Auerbach’s Cellar. Johann Wolfgang von Goethe, Martin Luther as well as King Carl XVI Gustaf of Sweden and Queen Silvia stayed in this restaurant and its wine cellars, which date back to 1525 – the perfect location to review your exciting company event in the Leipzig area!

We would also be happy to create an individual supporting program for your company event in the Leipzig region according to your wishes and requirements. For this or for further questions just contact us! With our creative and refreshing team event ideas, your team building, your company outing or your Christmas party in Leipzig or the surrounding area will be a very special company event, which will sustainably strengthen the team spirit, cohesion and sense of unity of your employees!